The Confectioner’s Dungeon: A Brief History of the King’s Cross Ice Well

London is a city with many hidden depths; and, pry as one might, most of those subterranean realms remain resolutely closed to the casual investigator. In a recent post I wrote about the challenges of exploring cable runs beneath London, for example, while more daring adventurers have risked life, limb and legal fallout in their quest for gaining entry into the London Underground’s legendary Ghost Stations.

It was somewhat unprecedented then, when I got the call about a largely-unknown subterranean space in London that was literally crying out to be explored.

The invite came via Bradley L. Garrett, an explorer and ‘experimental geographer’ who holds a research post at Oxford University. And the location in question? A beautifully preserved Victorian ice well, situated beneath King’s Cross in central London. 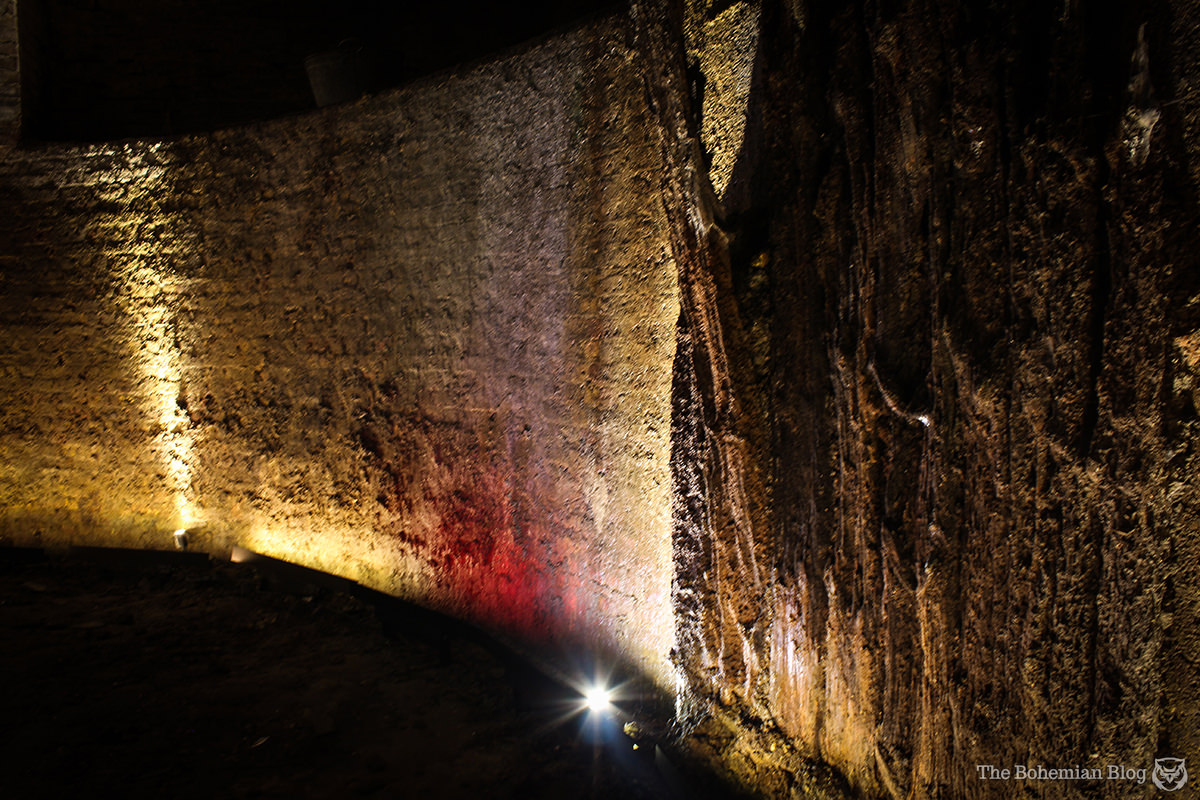 Before the dawn of artificial ice production, frozen water was actually something of a prized commodity in Britain. Ice was far too expensive for regular folk to have access to at home, but would find high demand in the industry of food retail; in particular those merchants dealing in meat, fish and dairy products. At a time when anaesthetics were not widely available, ice would also sometimes be used to dull the pain of surgery, amputations and dentistry. 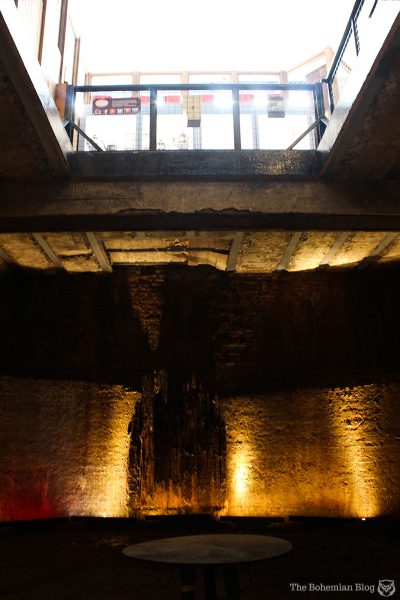 Given the high value placed on it by Victorian society, ice would also come to stand as a symbol of class distinction. It became very fashionable to serve ice cubes in a drink, while ice cream was for many years a decadently exclusive luxury.

In Victorian Britain, naturally formed ice would be harvested during the winter and stored in dark, circular pits beneath the ground. Many such wells were dug beneath large country houses and private estates, but the capacity – and shelf life – of such reserves were limited. Increasing demand for natural ice prompted the excavation of commercial-scale ice cellars, to be filled with tightly packed blocks imported from colder climates.

The London location I had been invited to tour was just such a site; consisting of two conjoined wells situated beneath the London Canal Museum at King’s Cross.

This building had once belonged to Carlo Gatti, an Italian-Swiss immigrant and entrepreneur whose name would become famous in Victorian society as one of the nation’s leading manufacturers of ice cream. Gatti arrived in England in 1847, and built his first ice well at King’s Cross one decade later. A second well joined it in 1862, by which time he had come to be the largest ice importer in London.

In the early 19th century, ice had generally been shipped over from the US; Gatti instead chose to use ice harvested from the mountain lakes of Norway, which he imported by ship and canal boat into the heart of London. At the height of Gatti’s empire his King’s Cross “Ice House” was capable of storing tons of the frozen material, which would reach clients via his own fleet of delivery carts.

Carlo Gatti, the man credited with first making ice cream available to the general public, died a millionaire in 1878. His ice wells at King’s Cross were in use up until 1904; after which point, new technology allowed for the artificial freezing of water and the warehouse was converted into a depot for horses and carts.

For many years, Gatti’s wells were covered and forgotten. More recently however, the old warehouse at King’s Cross has been taken over by the London Canal Museum. Now opened, excavated, cleaned and fully lit, the wells beneath the museum are believed to be Europe’s only commercial-scale ice wells that remain preserved and open to the public.

From the museum, an observation port gapes open onto the deep well beneath; allowing visitors to peer down inside the confectioner’s dungeon. Now lit by atmospheric lamps in shades of red and yellow, the brick-lined wells descend to a depth of forty-two feet beneath the city’s crust and measure thirty feet in diameter.

The second well is positioned adjacent to the first, and can be reached by stepping through an aged wooden doorway that joins the two. While this second space remains invisible from the viewing platform up above, the installation of a web-controlled camera allows users to take a tour of Gatti’s ice cellars from the comfort of their own Internet browser. 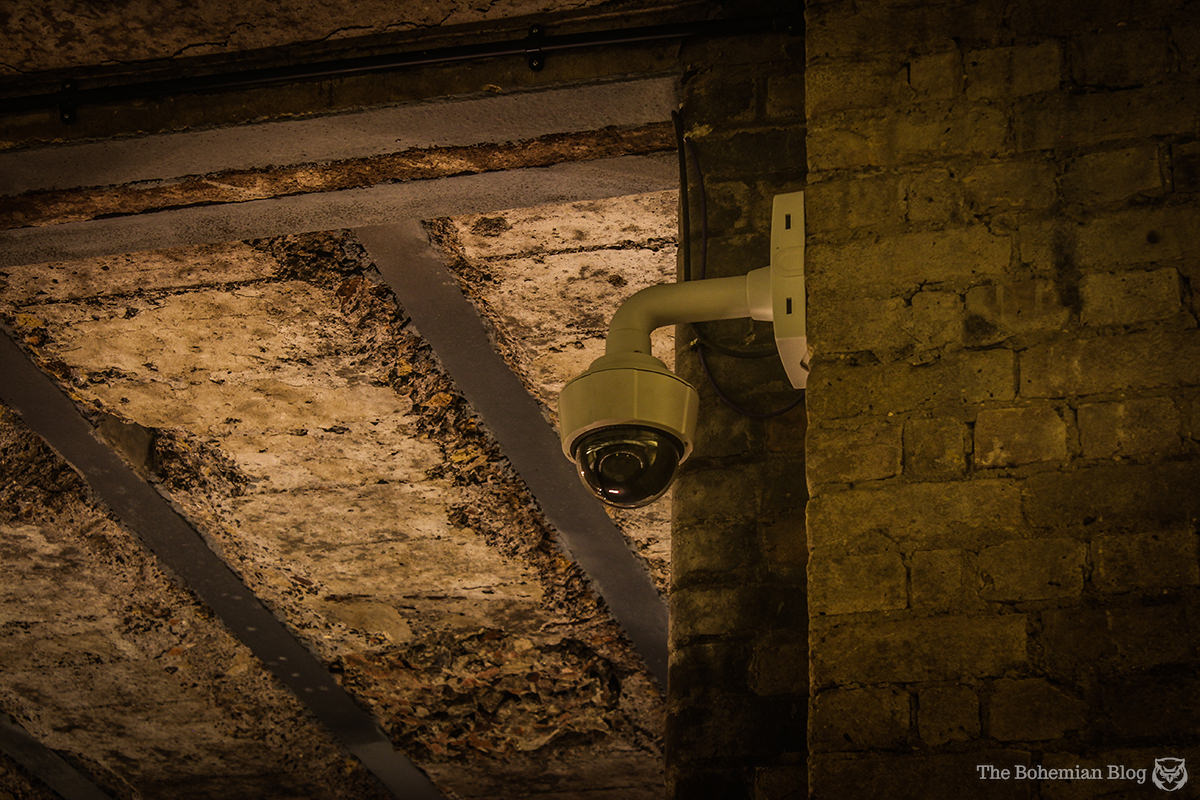 As guests of the London Canal Museum, Bradley and myself were invited to descend into the wells and tour the history of commercial ice storage up close. The place was fascinating, and sensorily rich; the cold, damp rungs of the ladder down into the cool pit, the bare soil underfoot. The coloured lamps, a modern addition, threw the old Victorian stonework, the rotted wooden beams, into sharp and textured focus – a history once dead and buried, now jolted by electric light into a state of fresh reanimation.

Visit the Ice Wells at the London Canal Museum

While most of my reports on this site come with the implied disclaimer of “Don’t try this at home” (or perhaps, more accurately, “Do try this at home; just don’t hold me accountable”), the ice wells at King’s Cross are eagerly awaiting your visit. The London Canal Museum is located behind King’s Cross Station, and in addition to a range of exhibitions on the history of the canalboat industry, visitors to the museum will be able to peer down into the previously hidden depths of the Victorian ice trade.

For those interested in a hands-on experience, the museum also offers annual open days on which the public is invited to descend into the wells beneath. The next one of those is coming up soon – so pay a visit to the London Canal Museum on Sunday 20th July, and you’ll be able to tour Carlo Gatti’s ice house for yourself. 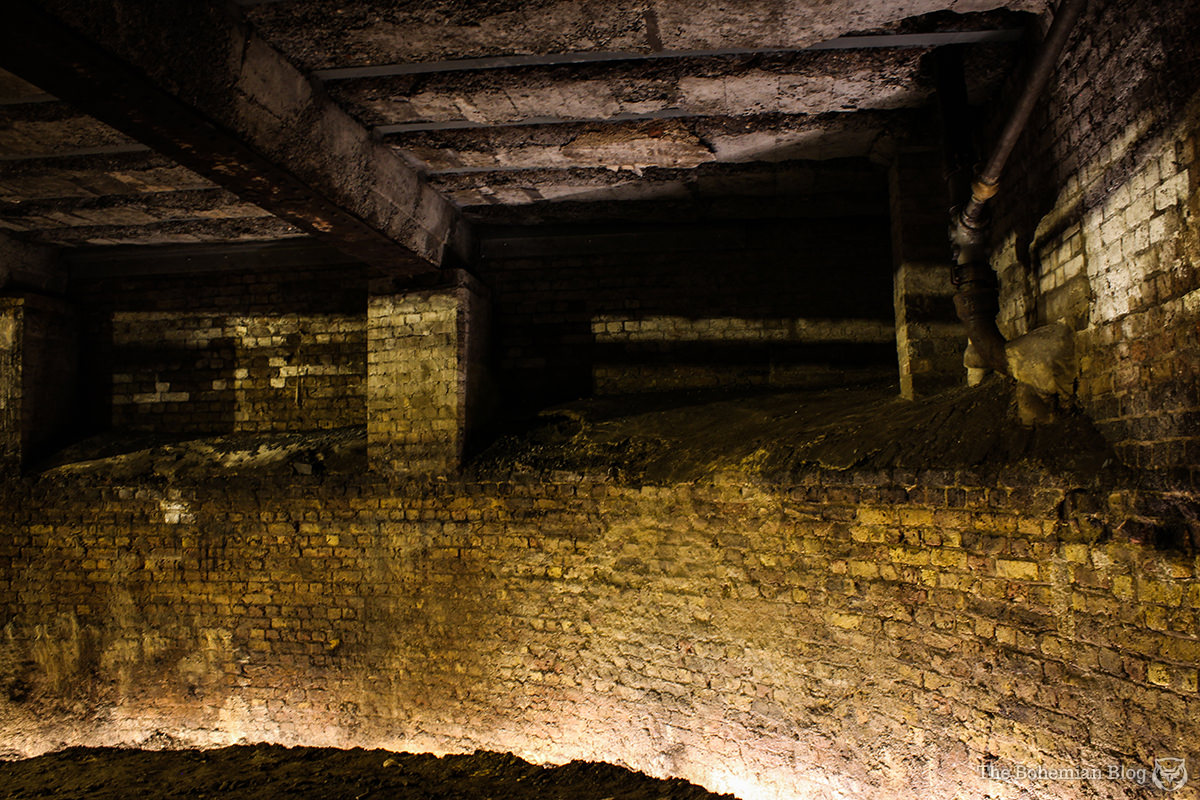 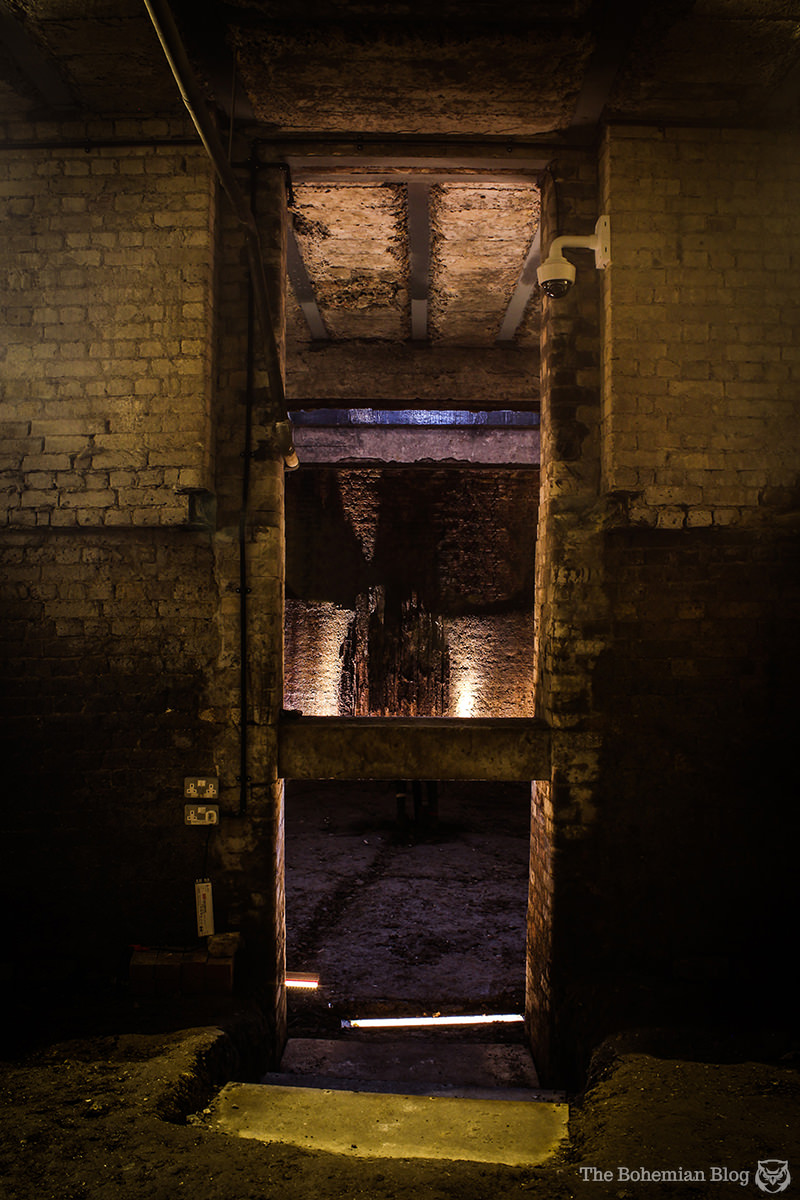 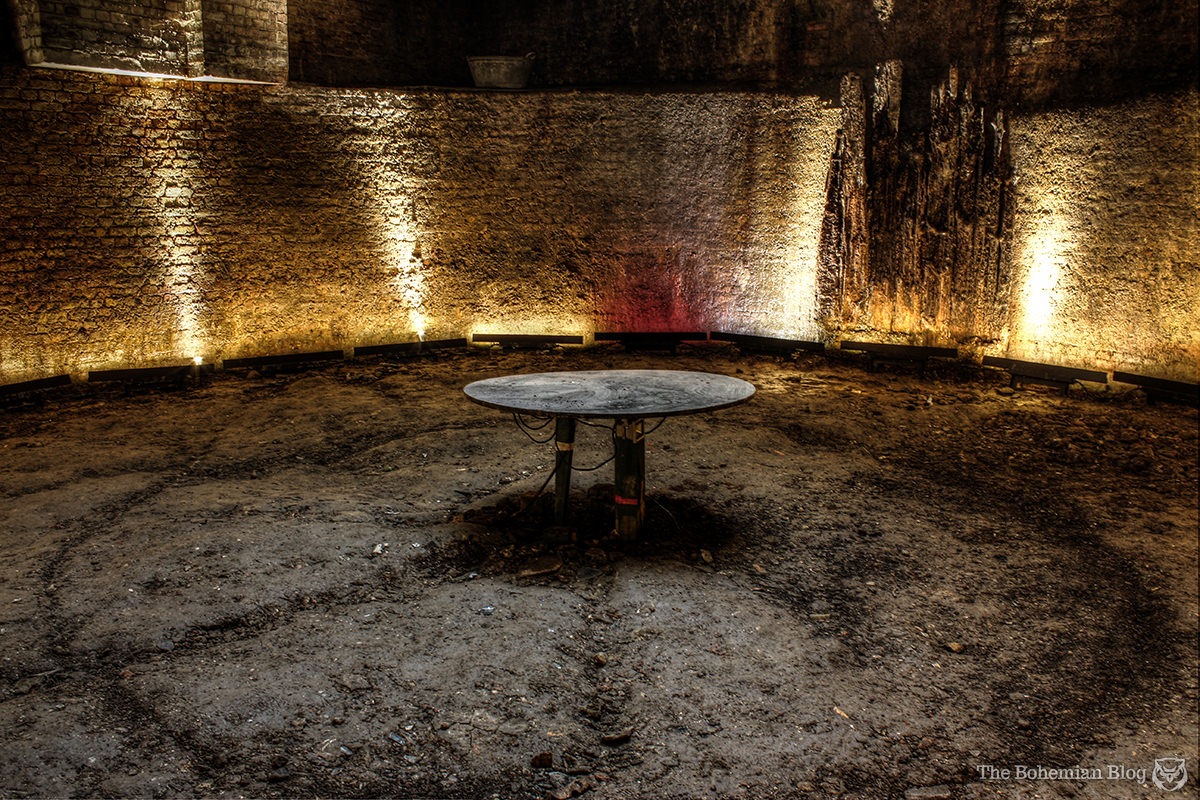 See all 3 comments on “The Confectioner’s Dungeon: A Brief History of the King’s Cross Ice Well”

The Ancient Ram Inn: A Visit to ‘England’s Most Haunted House’

Poltergeists, ritual murder & a live-in succubus – the 1000-year-old pub with a ghostly reputation

Myth & Memory in the Balkans: The ‘Spomeniks’ of Former Yugoslavia

A month-long monument hunt, and what I learned along the way.

Hunting for Pokémon in the Chernobyl Exclusion Zone